Home House & Garden How Do You Remove a Lock on a Commercial Door? 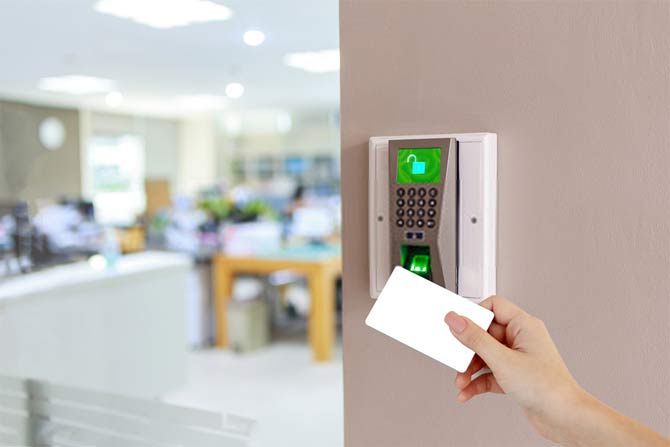 Commercial doors lock structure is different from residential doors. If you want to repair some parts of replacing a new lock then you need to remove the lock part first. Here in this website 247locksmithexperts.com, you’ll have a guide to undo the lock from the commercial doors. Here is the step by step guide.

It would be very easy if you start from the inside part. On the inside which is the non-keyed side, a small hole must be there at the attachment point of the door and handle. Inside that small hole, there will be a notch to release. Use a sharp middle type instrument or toothpicks to open the notch. Now you will see the decorative part which is called a rose. Twist it in a counterclockwise direction and pull it towards you. After pulling it, it will be on your hand.

Now you can see the ‘rose insert’ screw which will be attached with ‘inside support plate’ by two ‘through screws’. When you are undoing these parts, be careful with the screws. Don’t lose any of the parts. Once, the parts up to through screws are being released, the other parts of the other sides will come in your hand easily.

Latchbolt is holding the door jamb and helps it to shut the lock. It will be very easy for you to find out the latch bolts. Because these have a different shape than others. The structure of the head is threaded by a machine and the end part is like wood screws. While separating these parts, be careful with the mounting bracket. Because this is holding the wood and metal parts attached. Now you have to remove the largest piece of the door lock, the cylinder housing. This part is the main part that locks the door. Unscrew it with a screwdriver. The outside insert plate will open. While removing the cylinder housing, make sure at least one thread is out from the shaft.

While joining again make sure you are placing the support plate’ first and then the outside rose insert screw.

Re-install the Outside Lever

After replacing important parts in the lock, while joining again, you have to make sure you are okay with the handle shaft. After inserting the handle shaft, then insert the inside support plate. After placing these properly, make sure you tight these well but set the twisted areas free. Now insert the lever slip and then the handle or inside lever. After that carefully add the lock cylinder and the outside lever. You can clean the junks inside the keyhole in the meantime.

These processes are perfect to reinstall the commercial door lock by yourself. It is expected that your door lock has the same mechanism as standard Commercial Doors.