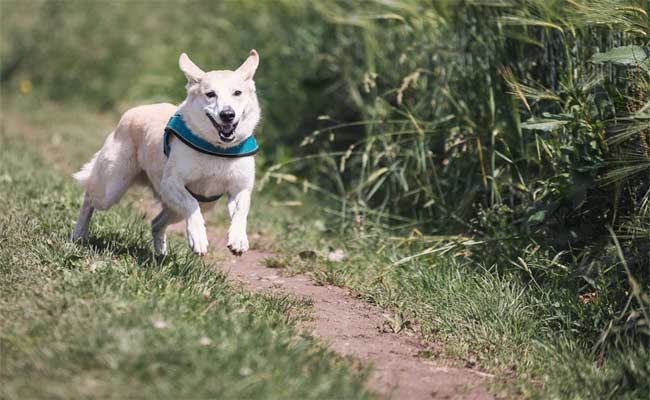 A beagle, golden retriever, Labrador, husky, a German shepherd. Sounds familiar? Well, indeed they are. They are the man’s greatest companion. No matter which breed they are, they will always be close to your conscience and eventually a wagging tail and lovely bark can make your day. Dogs have a cranial capacity better than any of the pet animals you can think of. But, what intrigues the most is their speed. So, how fast do dogs run?

If you have raced your dog through your home front or backyard or you have seen your dog dash with some other canine pals in the park, you may wonder that what their speed is. Some canines can run very fast but every dog has its own pace. Before we dive into knowing the speed of a dog on an average, let us first have a clear look into how the dogs run. 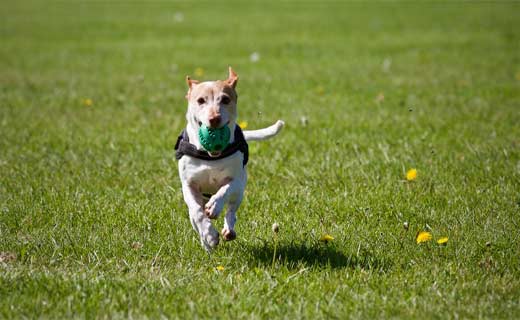 How do the dogs run?

All dogs make good runners. The reason behind their running potential mainly lies in their body composition and the breed to which they belong. The different breeds of dogs have different capabilities and based on that their speeds vary a lot. However, there is no hard and fast rule that the dogs of the related breed should have the same sprint speed. The speed largely depends on the leg muscles and body composition as well. There are certain characteristics that attribute to the fact that all dogs are good runners and they are listed below:

Generally, dogs have a feet pattern as to which feet fall on the ground to maximize running efficiency. The most obvious pattern that most dogs follow is a right front foot, left front foot, right hind foot, and left hind foot, respectively. However, some breeds have a galloping feature which allows their body to get through the air. In this type of sprint, all the four legs jump off the ground at the same time. A study suggests that an average speed of a dog varies between 15-20 miles an hour. However, the speed may vary based on the health, breed, and physical composition of the dog.

Some dogs outcast the averages

Dogs are pretty thrifty when it comes to running. Most canines prefer to run on a daily basis. There are even some dogs which can outcast others in a dash. Yes, you read that right. As the average speed of a normal dog ranges between 15-20 miles per hour, there are certain dogs that can run exceedingly well and can eventually compete with Cheetah, the fastest animal on earth. If you imagine a greyhound, they are capable of running at a speed of 45 miles per hour. German shepherds are also fast as they can kick the 30 miles an hour pointer. But, what makes them run so fast? The common features that they share are the lean body, deep chest, and long legs. Comparatively, the smaller dogs cannot run fast due to the fact that they have small legs which do not provide them with the thrust to leap off the ground.